8 Pharmaceuticals With Worse Side Effects Than the Ailments They Treat 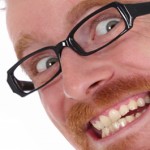 There comes a time in everyone’s life when they’re prescribed a drug, but unless you have no choice in the decision, you might want to consider whether or not the medicine’s benefits outweigh the potential side effects. Here are eight examples of prescription drugs* that might not be worth the hassle, based on their warning labels.

Ambien
Purpose: To aid in sleeping.
Side Effects: Sleepdriving and amnesia:
“Sleepwalking, and eating or driving while not fully awake, with amnesia for the event, have been reported. If you experience any of these behaviors contact your provider immediately.”

Enbrel
Purpose: To control arthritis and clear up psoriasis.
Side Effects: Tuberculosis and multiple sclerosis:
“Serious infections have happened in patients taking ENBREL. These infections include tuberculosis (TB) and infections caused by viruses, fungi, or bacteria that have spread throughout the body…Serious nervous system disorders, such as multiple sclerosis, seizures, or inflammation of the nerves of the eyes have been reported. There have been rare reports of serious blood disorders (some fatal).”

Chantix
Purpose: To help you quit smoking.
Side Effects: Suicide:
“Some patients have reported changes in behavior, agitation, depressed mood, suicidal thoughts or actions when attempting to quit smoking while taking CHANTIX or after stopping CHANTIX.”

Avandia
Purpose: To control blood sugar in diabetics.
Side Effects: Bone fractures, heart failure and pregnancy:
“AVANDIA can cause or worsen heart failure…Women taking AVANDIA should know that AVANDIA may increase the risk of pregnancy. More fractures have been observed in women taking AVANDIA. Other possible side effects of AVANDIA include anemia and hypoglycemia.”

Mirapex
Purpose: To help treat restless leg syndrome.
Side Effects: Narcolepsy and hallucinations:
“MIRAPEX may cause you to fall asleep without any warning, even while doing normal daily activities, such as driving. When taking MIRAPEX, hallucinations may occur and sometimes you may feel dizzy, sweaty or nauseated upon standing up.” Also linked to amnesia and gambling addiction.

Accutane
Purpose: To treat severe acne.
Side Effects: Birth defects and suicide:
“There is an extremely high risk that severe birth defects will result if pregnancy occurs while taking ACCUTANE in any amount, even for short periods of time…There is an increased risk of spontaneous abortion, and premature births have been reported…The patient will be counseled to avoid pregnancy by using two forms of contraception simultaneously and continuously one month before, during, and one month after isotretinoin therapy, unless the patient commits to continuous abstinence…ACCUTANE may cause depression, psychosis and, rarely, suicidal ideation, suicide attempts, suicide, and aggressive and/or violent behaviors.”

Celebrex
Purpose: To treat arthritis.
Side Effects: Death:
“CELEBREX may increase the chance of a heart attack or stroke that can lead to death…Serious skin reactions or stomach and intestine problems, such as bleeding and ulcers, can occur without warning and my cause death.”

Raptiva
Purpose: To treat psoriasis.
Side Effects: Decreased immune system, arthritis and WORSE psoriasis:
“RAPTIVA can decrease the activity of your immune system to fight infections. People using RAPTIVA may have an increased chance of getting serious infections. Some infections in people using RAPTIVA have become serious and in rare cases these have led to hospitalization or death. RAPTIVA likely increases the risk of getting Progressive Multifocal Leukoencephalopathy (PML), a rare brain disease caused by a virus which usually results in death or severe disability…Other serious side effects experienced by patients treated with RAPTIVA included low platelet counts (thrombocytopenia), low blood counts (anemia), new or worsening psoriasis, new or worsening arthritis, and nervous system disorders.”

alliPurpose: To aid in weight loss.Side Effects: Loss of bowel control:
“Treatment effects are bowel changes that are most commonly caused by eating meals with too much fat while using alli capsules. Such effects may include oily spotting, loose stools, and more frequent stools that may be hard to control.”