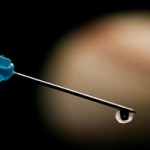 It seems that you can’t go a day anymore without news of another professional athlete getting busted for performance-enhancing drugs. (Ironically, studies have shown that many of them don’t necessarily improve performance and might actually detract from overall athletic function in the long run.) Most of these drugs actually serve legitimate functions outside of athletics and thus aren’t illegal, but they’re outlawed by various athletic organizations and are available to the public only by prescription — something most athletes don’t have. There are a lot of rumors of illegal usage by various athletes, but for the purposes of this list, we’re sticking to those who’ve either admitted using or have tested positive for using performance enhancing drugs.

What is it? A steroid produced in the adrenal glands and the gonads, which is converted in the body to testosterone.

Medical Use: To aid in the production of testosterone for individuals with hormonal problems.

Athletic Use: To increase muscle strength and mass and to shorten muscle recovery time.

Is it legal? Since 2004, legal only with a prescription.

What is it? A hormone produced in pregnant women by the placenta.

Medical Use: Used in women to increase the chance of pregnancy. In men, HCG helps the production of testosterone and sperm and can be used in male children with testicular birth defects. Sometimes used as a weight loss product.

Athletic Use: Used in conjunction with cycles of anabolic steroid intake to maintain levels of testosterone after the steroids cause the body to shut down testosterone production. Also helps restore testicular size after steroid cycles.

Is it legal? In most states, it’s available only by prescription, but some states don’t regulate its use.

What is it? A hormone produced by the pituitary gland that promotes body growth. Whereas anabolic steroids primarily affect muscles, HGH strengthens bones and tendons as well.

Is it legal? Available only by prescription; use in anti-aging procedures is not legal in the US.

What is it? A nervous system stimulant and appetite suppressant.

Medical Use: To treat hyperactive children, sleep disorders and depression.

Athletic Use: To increase energy and focus.

Is it legal? Restricted to prescription use only since 1965.

What is it? A “designer” anabolic steroid (a steroid that acts as the hormone testosterone), created at the Bay Area Laboratory Co-operative (BALCO) to be undetectable by drug tests. Used in combination with a testosterone ointment called “the cream” to avoid detection.

Athletic Use: To increase muscle strenth and promote muscle growth.

What is it? A chemical compound derived from the herb ephedra.

Medical Use: Used as a decongestant and for temporary relief of asthma and bronchitis. Also used as a stimulant to treat sleep disorders, as a treatment for menstrual problems or urine-control problems, and as a treatment for low blood pressure associated with anesthesia.

Athletic Use: To increase energy and alertness and to lose weight by speeding up metabolism.

Is it legal? Dietary supplements containing ephedrine are illegal in the US, but ephedrine is still available over the counter in many applications outside of dietary supplements. However, sales are heavily monitored and restricted, including limits on sales by merchants. It’s banned by the International Olympic Committee, the National Football League, Major League Baseball and the National Basketball Association.

What is it? A man-made anabolic steroid derived from testosterone.

Medical Use: To promote bone and tissue growth and to treat hormonal problems and skin/tissue swelling.

Athletic Use: To increase the strength of athletes’ muscles, generate lean body mass and to improve endurance.

Is it legal? Approved by the FDA for human use, but it’s illegal to possess without a prescription.

What is it? A chemical compound stimulant derived from the coca plant.

Medical Use: Used as a topical anesthetic to numb the surface of a body part — most often for eye, ear, nose, throat, neck and head injury.

Athletic Use: Although cocaine isn’t typically thought of as a performance-enhancing drug, the energy boost and self-confidence it creates can aid in short-term athletic activity.

Is it legal? May be prescribed under special restrictions. Otherwise, illegal to possess or use.

What is it? A steroid hormone produced primarily in the testes of males and the ovaries of females.

Athletic Use: Aids in building muscle mass and reducing fat and increasing bone density and strength.

Is it legal? Available only by prescription only.

What is it? An anabolic steroid (a steroid that acts as the hormone testosterone) that occurs in small amounts in the human body.
Medical Use: Used to treat osteoporosis in postmenopausal women, to aid in the growth of blood cells in bone marrow, and to help tissue and muscle growth in people suffering from degenerative diseases like AIDS.
Athletic Use: To grow muscle mass and aid in physical recovery from workouts.
Possible Negative Side Effects: Cardiovascular damage, sexual dysfunction, liver damage, acne, sterility, baldness, enlarged prostate.
Is it legal? Available only by prescription.